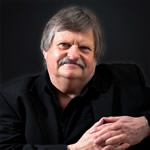 Geoff hails from Aberbargoed in the south of Wales and now resides near London. Geoff began his music career in the late 1950’s with a diverse education in the music that resulted in his Doctorate award in 1975.

Jazz became the most favored music style for Eales. Even after a long successful career in studio work, arranging and performances around the world, Geoff rededicated himself to performance in Jazz.

The Starborne releases licensed from Geoff Eales were done as a series of recordings that were heard on US “Easy Listening” radio stations through the early 1990’s. Starborne has combined the orchestral productions with a collection of Geoff’s jazz combo standards.

For information about Geoff Eales can found on his official website.

Your shopping cart is empty
Visit the shop