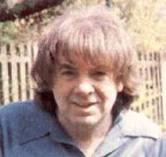 Bill Shepherd was English born at Merstham, Surrey on June 13, 1927. Bill passed on in Los Angeles in 1988. Bill was a musician who became best known for his mid-1960’s work in Australia to reinvent the music presentation of the Bee Gees. Bill encouraged the brothers to abandon a “variety act” show presentation in favor of the music talents of the brothers. Bill used his talents as Arranger and Musical Director to guide the Bee Gees into the early 1970’s.

During the early 1980’s Bill Shepherd introduced himself to as a candidate for consideration as Musical Director for the Starborne library. His prior release [Aurora] and his additional work with the Bill Shepherd Singers won him a spot on the Starborne growing list of Music Directors.

Your shopping cart is empty
Visit the shop